Is a Formal Landscape Design Really Necessary for a New Patio? 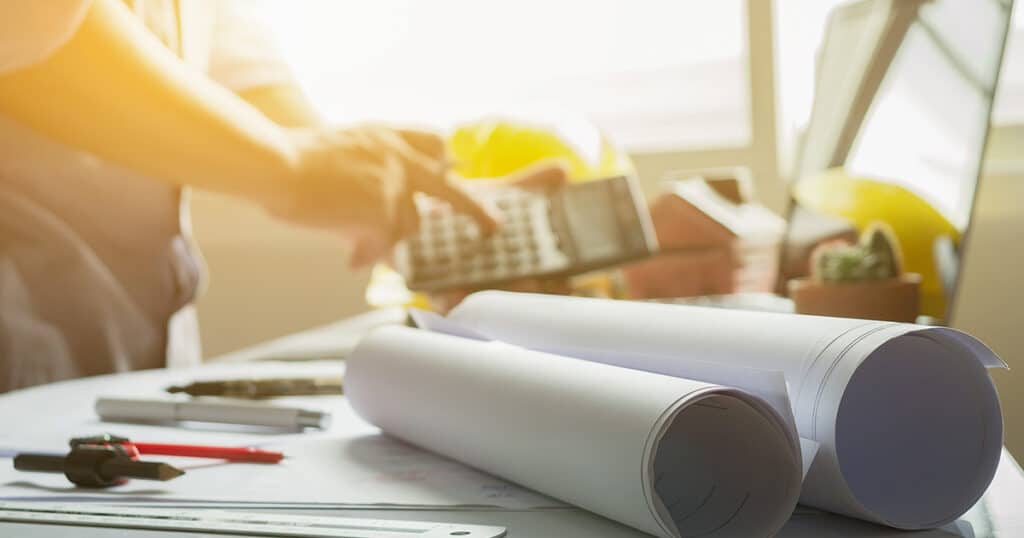 Hiring a designer to take proper measurements and develop an accurate, realistic plan is always the best way to start planning an outdoor project. You’ll avoid unwanted financial surprises, and with Kalamazoo Hardscape, you’ll be able to take a walk on your brand new patio in 3-D before it has even been built!

At first, it might appear to be a simple task: rip out the old deck or concrete slab and have someone lay new pavers in its place. Oftentimes, it’s not that easy, and homeowners can avoid oversights by engaging with a designer during the planning process. A few tasks a designer might do during project planning could save thousands in surprise costs during and after the project, and they could make the final outcome far better than original expectations.

Your backyard ground might look like it’s flat, when in reality it fluctuates by two or three feet! One of the first things a designer will do when measuring your property is set a benchmark elevation point (your slider door threshold, for example). Once this has been established as the “zero” point, the designer will walk around with a tape measure for spatial reference and the elevation equipment to create a grid. Once the entire property has been combed through with the measuring equipment, the terrain grid can be transferred into computer software to create a realistic design.

Without knowing if there is slope to account for, a simple patio estimate can sometimes be highly inaccurate in terms of the structural requirements to achieve the desired outcome. Maybe the land surrounding the new patio needs to be raised, or maybe a small retaining wall is necessary to prevent the perimeter of the new patio from washing out after a few southwest Michigan 3-day rain events. When considering having a new hardscape built on your property, make sure your contractor gathers thorough measurements to avoid such mistakes.

A gigantic patio off your back door is cool, but it needs to be designed to utilize all the new space you’re paying for. You might think, “I could host the best parties if I just had a nice, big patio for people to hang out on.” Sure, a large patio is great, but just like a large house, the space should direct the occupants for its intended use. Form follows function!

There are several ways a designer can break apart a large, open patio space when designing with pavers. With the correct choice of pavers, adding an accent border along the perimeter and even within the entire patio itself can make a massive impact on the look and feel of the patio. If you plan on setting a portable fire pit in one corner of the patio, an accent band of contrasting pavers could be designed to “enclose” the space and make it large enough for chairs to stay within the perimeter, but small enough to feel like a separate “room” on the same patio. In addition, maybe the pavers within the accent band could be swapped with a more rustic paver to capture the feel of sitting around a wood-burning fire pit on a summer night.

The last thing a homeowner wants is to have any sort of water issue, whether it’s inside or outside their house. Digging into the ground with heavy machinery to build a new patio disturbs the surrounding soils, and taking drainage into account is one of the most critical components of hardscape design.

If you want your new patio to extend 20 or 25 feet away from your house, a designer will make sure the existing grade outside the planned patio’s perimeter can accommodate the proper slope of the new paver patio to ensure sufficient water runoff. Paver patios should slope well enough, and in the correct directions, to move surface water away from it. If the lawn next to the lowest point of the paver patio is too high or slopes upward, there will undoubtedly be a puddle of water in this area when it rains, and the structural integrity of the pavers will be compromised over time as a result. A designer will take all of this into consideration when drawing the plan for a new hardscape.

Another important drainage issue that a designer will always address is the location of downspouts on the house relative to the new hardscape. It would be silly to install a brand new paver patio and ignore the adjacent downspouts. Sometimes, downspouts should be buried and routed underground to a point of lower elevation in the lawn so as not to pour water on or near a new patio.

Hiring a designer to take proper measurements and develop an accurate, realistic plan is always the best way to start planning an outdoor project. You’ll avoid unwanted financial surprises, and with Kalamazoo Hardscape, you’ll be able to take a walk on your brand new patio in 3-D before it has even been built!